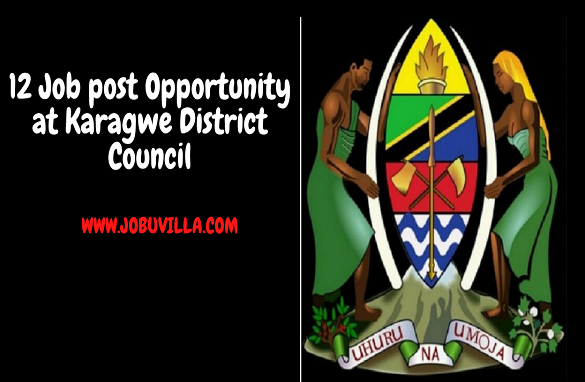 The job also entails planning and executing public relations activities such as visits to communities/localities/schools/neighbourhoods or key stakeholders in order to promote council programmes or services. The candidate should also be able to organise events

karagwe located southwest of the Karagwe district headquarters, in Kandegesho village, Nyakakika county where the first ruler (Omukama) made the first sacrifice. Karagwe the region has been inhabited for a long time, with levels of human occupation that date back as early as 600 BC. According to available information, the ruler was known as ‘Nono ya Malija’ from the Basiita clan. And that this memory of “Karagwe ka Nono” stems from the fact that Nono was the last ruler of the indigenous people before being ousted by King Ruhinda the son of Wamara.The district is located 105 km from Bukoba Municipality – Kagera Regional Headquarters. The territory is located between 1o and 2o degrees, 20 ‘South Latitude 30o to 38,30 East Longitude. The elevation of land from sea level is 1,500 meters to 1,800 meters. The climate is generally the average temperature of 26oC. Rainfall averages 1,040 to 1,200 mm per year, between September and January and between March and May.