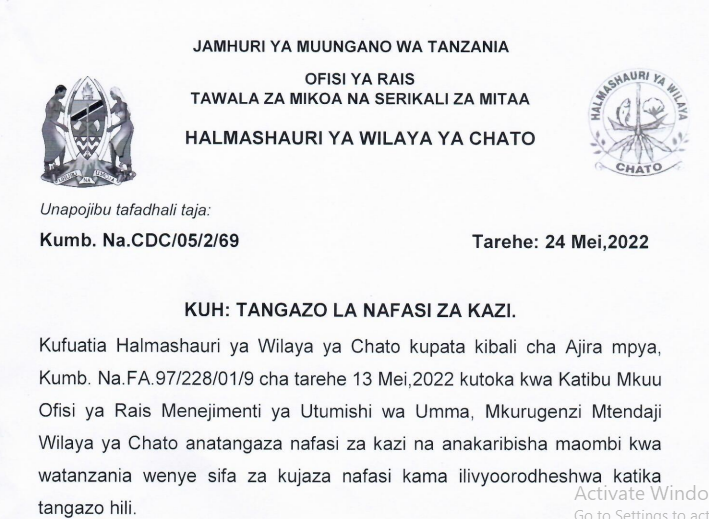 Chato District is located in the Northwest of Tanzania between Latitude 20 15 ‘to 30 15’ South of Equatorial and Longitude 310 to 32o East Greenwich. The district borders the District of Muleba North, Bukombe District South, District Biharamulo to the West and Geita District to the East. The district has an area of 3,572 square kilometers and is located at an altitude of between 1,135 to 1,410 meters from sea level. .The population of the district is estimated at 547,937 people. The major ethnic groups in the district are the Ila, Nyamwezi and Shirazi who are mainly farmers while there are also a few cattle herding communities such as Ngiluya and Rumehuru.