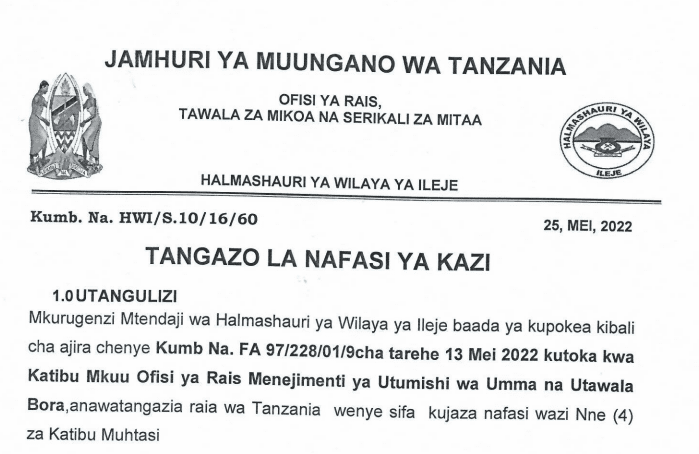 Ileje District is one of the districts of Songwe Region, until 2016 it was part of Mbeya Region. The district is bordered by Malawi and is separated from the Songwe River. In the 2012 census, the district’s population was estimated at 124,450.

Songwe is a region in the south of Tanzania and is characterized as one of the most developed regions in the country. Within Songwe Region, Ileje District is one of its rural districts. The district has an area of 6,006 square kilometers with a population of 47,567 people.

Ileje are of three ethnic groups, namely the Wandali, the Lambans and the Malila (Ibaba, Itale). As in the whole region, Ileje there are many followers of Christianity and a few Muslims.