Due to the fact that it is the top level of association football played in South Africa, it is frequently referred to as South Africa’s Premier Soccer League (PSL). 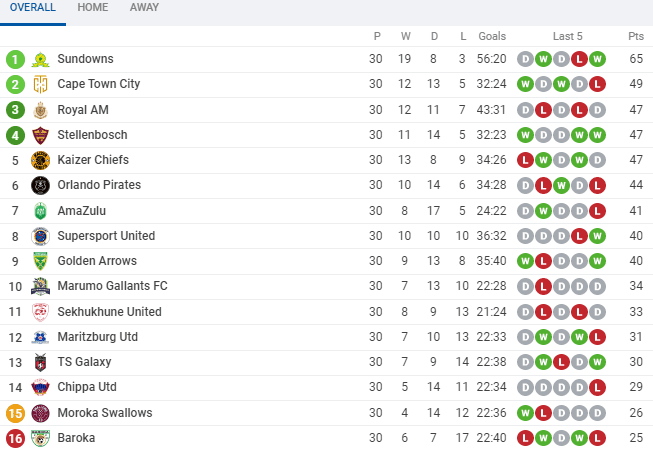 We’ll keep this page updated with all the latest DStv Premiership 2022-2023 events and stats, as well as live scores.