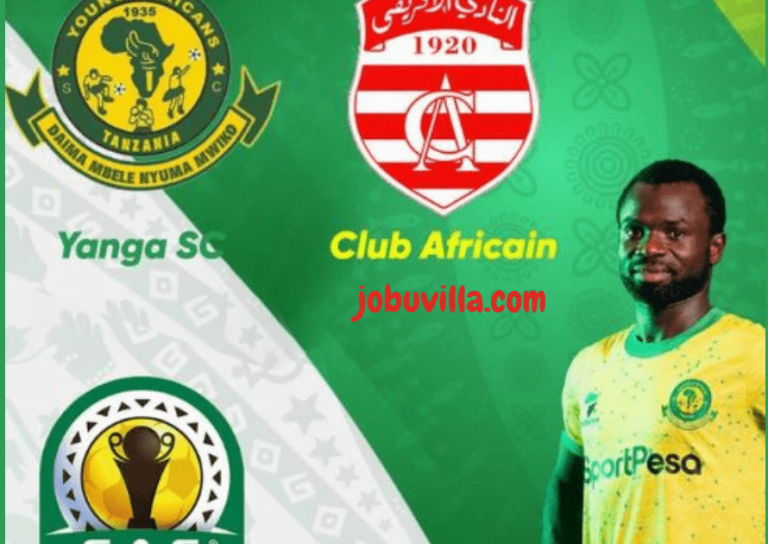 Club Africain (Arabic: النادي الإفريقي) is a Tunisian football club based in Tunis that competes in the Tunisian Championship. It fields several sports teams, including football, handball, basketball, swimming and volleyball. The football team was the first Tunisian club to win an international trophy, when they won the Maghreb Cup Winners Cup in 1971. Twenty years later, in 1991, Club Africain became the first Tunisian team to win the African Champions League.

The squad list includes only the principal nationality of each player;

As of 15 November 2021. Note: Flags indicate national team as defined under FIFA eligibility rules. Players may hold more than one non-FIFA nationality.

Yanga, or Young Africans Sports Club, is a Tanzanian football club headquartered in Jangwani, Dar es Salaam, Tanzania. The club was founded in 1935 and plays its home games at the Benjamin Mkapa Stadium.

The club, nicknamed “Yanga” (Young Boys),[2] has won 28 league titles and a number of domestic cups, as well as competing in various CAF Champions League seasons. They have five CECAFA Club Championships to their name.

The club became associated with the anti-colonial movement. Young Africans identified with nationalists and independence fighters, inspiring the political party TANU to use yellow and green as its major colors. The club is currently in the process of retaining 49% of the club’s ownership for investors and the remaining 51% for club members.

The club has a long-standing rivalry with Simba, with whom they compete in the Dar es Salaam (better known as Kariakoo) derby. As one of the most famous African derbies, the rivalry was placed fifth.