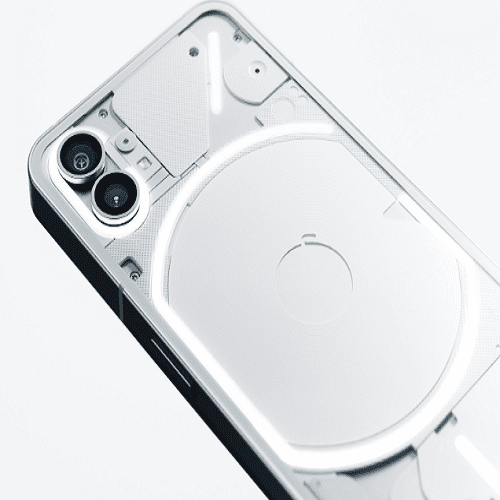 Nothing Phone (1) Android Smartphone Announced July 2022 Nothing Phone 1 Launch Highlights details price and specifications starts TZS 1,375,200 · Mobile Prices by Country · Top 10 Brands.Nothing Phone 1. Nothing, however, guarantees that the Phone 1 will be made available in more than 40 markets, including the UK, Japan, India, and other countries.

Nothing Phone 1 Price in Tanzania

Nothing Phone (1) is estimated to be sold in Tanzania starting at TZS 1,300,000. Price may vary in different markets in Tanzania.

Disclaimer. We can not guarantee that the information on this page is 100% correct. 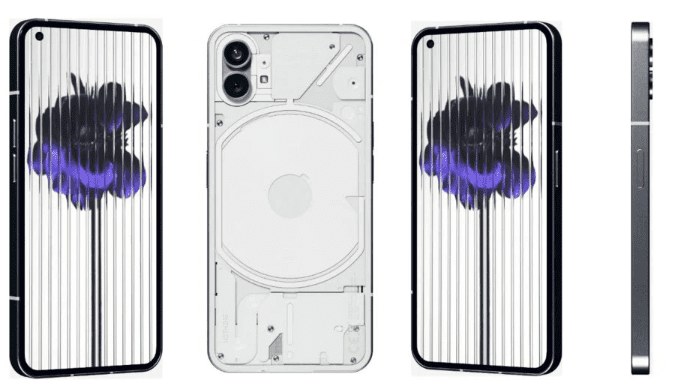 The Phone (1) stands out from other phones on the market, starting with its design. The manufacturer of this product used a transparent back cover that allows users to see the hardware’s grooves and contours.

The smartphone’s top left corner conceals a discrete camera bump that is surrounded by one of its most distinctive design elements: LED lights. Over 900 LEDs make up the Glyph interface on the Nothing Phone (1). In essence, this serves as a multifunctional notification light that is capable of more than just informing you when something has been sent to you.

The Phone (1)’s front display is a 6.55-inch OLED Full HD+ AMOLED screen with a 120Hz refresh rate. It supports HDR10+, has 10-bit color, an average brightness of 500 nits, and a maximum brightness of 1,200 nits. The display contains an ultrasonic in-display fingerprint sensor, Corning Gorilla Glass 5 protection, and a punch-hole in the upper left corner for the front camera. The screen has even bezels all the way around it, giving it a premium appearance.

When it comes to the hardware, the phone has an Adreno 642L GPU and a Snapdragon 778G+ processor. It is pre-configured with 256GB of storage and up to 12GB of RAM. It has a 4,500mAh battery that powers the lights and supports 33W fast charging. According to the manufacturer, the Phone (1) can be fully charged in about an hour. Additionally, the gadget offers 5W reverse wireless charging and 15W wireless charging.

Software-wise, the Phone (1) has the Nothing OS, which is devoid of bloatware and somewhat similar to stock Android 12. The company is now striving to make the phone compatible with both its own (Nothing Ear 1) and other products, such as Tesla vehicles. Nothing guarantees 4 years of security updates every two months for the Phone and 3 years of Android updates (1).

The Nothing Phone (1) has a 50-megapixel Sony IMX766 sensor with an f/1.8 aperture and a 1/1.56 inch sensor size as part of its dual-camera setup on the back. Both optical and electrical image stabilization is supported on the primary sensor. A 16-megapixel Samsung JN1 ultra-wide sensor with a 114-degree field of view is included with the main camera. The smartphone has a 16-megapixel Sony IMX471 front-facing camera for taking selfies and making video calls. 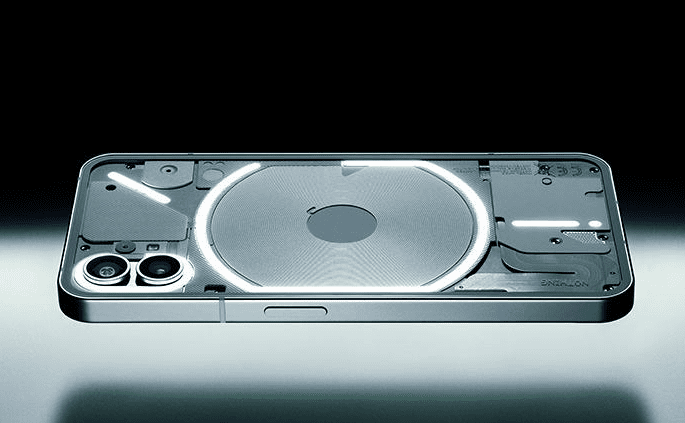