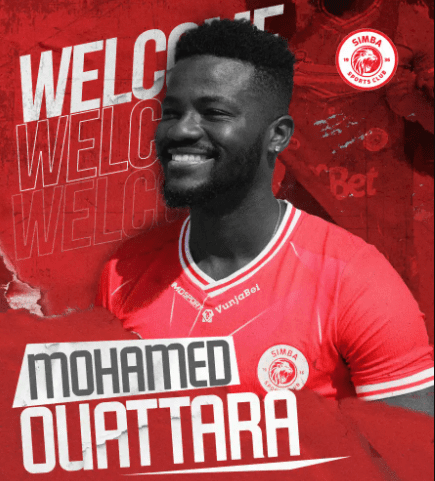 Simba Sports Club is a football club based in Kariakoo, Dar es Salaam Tanzania, The club was formerly known as Eagles before changing its name to Sunderland in 1936. They were nicknamed Simba in 1971. (Swahili for “Lion”).

Simba SC, along with cross-city rival Young Africans, is one of Tanzania’s two most powerful clubs. Simba SC has won 21 league championships and five domestic cups, as well as repeated appearances in the CAF Champions League. They are also one of East Africa’s most powerful clubs, having won the CECAFA Club Championship six times.

Simba is known as “Wekundu wa Msimbazi” (The Reds of Msimbazi) and plays at the Benjamin Mkapa Stadium. With 3 million followers and an 89 percent increase in the previous year, Simba was the fastest growing Instagram account among football teams in 2022.Tetesi za Usajili Simba sc 2022/2023

Simba SC has almost 5 million followers across all social media channels, making it one of the most followed African teams. The club joined TikTok in March 2022 and gained over 10,000 followers in only three days. With a total budget of Sh 5 billion (approximately to $2.1 million) announced for the 2019/2020 season, the club is likewise regarded one of the wealthiest in East Africa. Wachezaji waliosajiliwa Simba 2022/2023

Simba Sports club has managed to capture the signature of central defender, Mohammed Ouattara from Sudan’s Al Hilal Club on a two-year contract

Ouattara (23), a citizen of the Ivory Coast, is one of the choices of Coach Zoran Maki, who has worked together in Sudan at Al Hilal Club.

Ouattara has already joined the team in Egypt which is going on with the preseason camp for the next season of the 2022/23 Championship.

Mohammed Ouattara is a defender with experience in African football having played for Wydad Athletic Club in Morocco.

Simba Sports Club have reached an agreement to sign midfielder Nassoro Kapama from Kagera Sugar on a two-year deal.

Kapama has the ability to play many roles on the field as a defender, midfielder and striker a situation that attracted the technical bench and signed him.

Simba Club has completed the registration of former Mamelodi Sundowns striker Habib Haji Kyombo (21) who was signed by Singida Big Stars before Simba SC intervened and terminated the contract.

This is Simba’s first signing for local players this season after that of Moses Phiri, a Zambian national who joined the Rocks on June 15 from Zanaco in his native Zambia.

It should be noted that Simba has four strikers Kibu Denis, Chris Mugalu, Meddie Kagere and John Bocco with the attacking midfielders being Mzamiru Yassin, Thadeo Lwanga and Jonas Mkude most of whom are out of contract this season and some may be sacked.

Phiri become a first player signing towards major squad improvements that simba sports plan to make towards the new season which is expected to start soon. Last season with Zanaco Phiri he scored 14 goals in the Zambian Premier League as the number two top scorer behind the 16-goal lead.

Moses Phiri, has revealed that his dream has come true after he successfully landed in our squad and signed a two-year contract.

Phiri, a Zambian national, said Simba is a great team in this region of East and Central Africa and wished he could one day play here although he has also been followed by other teams in the country.

The Lions, Simba sports Club who are battling for a new coach to fill the void left by Pablo Franco, are making a silent signing and Geita Gold striker George Mpole has already poured ink on Msimbazi.

The Simba sports club’s management has given a special hand to center-back Pascal Serge Wawa, an Ivorian national player who is ending his contract at the end of the season.Wawa will play his last game with Simba squad on June 23, against Mtibwa Sugar at Benjamin Mkapa Stadium where we will use it for his official farewell.

After the game, Wawa will not be part of the squad that will travel to the Southern Highlands for the remaining two final matches of the season Simba Sports club against Tanzania Prisons and Mbeya Kwanza.

Wawa has been with Simba Sports Club for four seasons enabling Simba Sports club to win the mainland Tanzania four times in a row, the Azam Sports Confederation Cup twice, the Charity Shield three times and the Revolution Cup.