0
Flash Sale! to get a free eCookbook with our top 25 recipes.
Learn More
Contents hide
1 Higher Education Investigates Qualifications in Walter Sisulu University (WSU)
1.1 Here are These programmes are that were under question for not being accredited are:
1.2 Admission into Undergraduate Programmes
1.3 Minimum Requirements for Matriculation
1.4 CONTACT US

Walter Sisulu University, which had previously been the subject of media attention due to unanswered questions surrounding its course accreditation, has now been accredited. Higher Education regulatory bodies have put the matter to bed Earlier this year, an article was shared on social media about the accreditation of WSU courses and this alarmed some of the university’s alumni, as it raised questions of the qualifications offered at the university.

Here are These programmes are that were under question for not being accredited are:

It has been said that there is a sixth qualification, i.e. the Postgraduate Diploma in Library and Information Services, which hasn’t been offered since 2019.

According to the Department of Higher Education, Science, and Innovation, new student registrations in these qualifications were to be accepted until 31 December 2019, after which the programmes had to be taught out or a new programme put in place that enabled continued offering in the area.

The Council on Higher Education’s Higher Education Quality Committee (HEQC) has begun the process of choosing an evaluator to assess the HEQSF alignment processes for the five programmes. Once the evaluator’s report is completed, the HEQC will consider the report and make necessary recommendations.

This team has also started a full audit of the qualifications to ensure that they comply with the requirements of the three regulating bodies, i.e. the DHET, CHE, and the South African Qualifications Authority (SAQA).

The department has also confirmed that no cases have come to its attention nor that of the CHE.

A Senior Certificate with a Matriculation Exemption endorsement and at least two subjects with E (HG) or two subjects with D (SG) from isiXhosa HL, English FAL or HL, Mathematics and a pass in any two other school subjects

Proficiency in the languages of learning and teaching, namely IsiXhosa and English is a requirement.

Mature age exemption for applicants in possession of the Senior Certificate as per Rule 1.7 of WSU General Rules and Regulations. 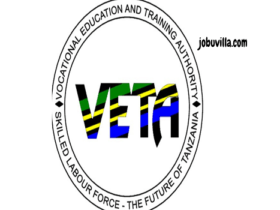